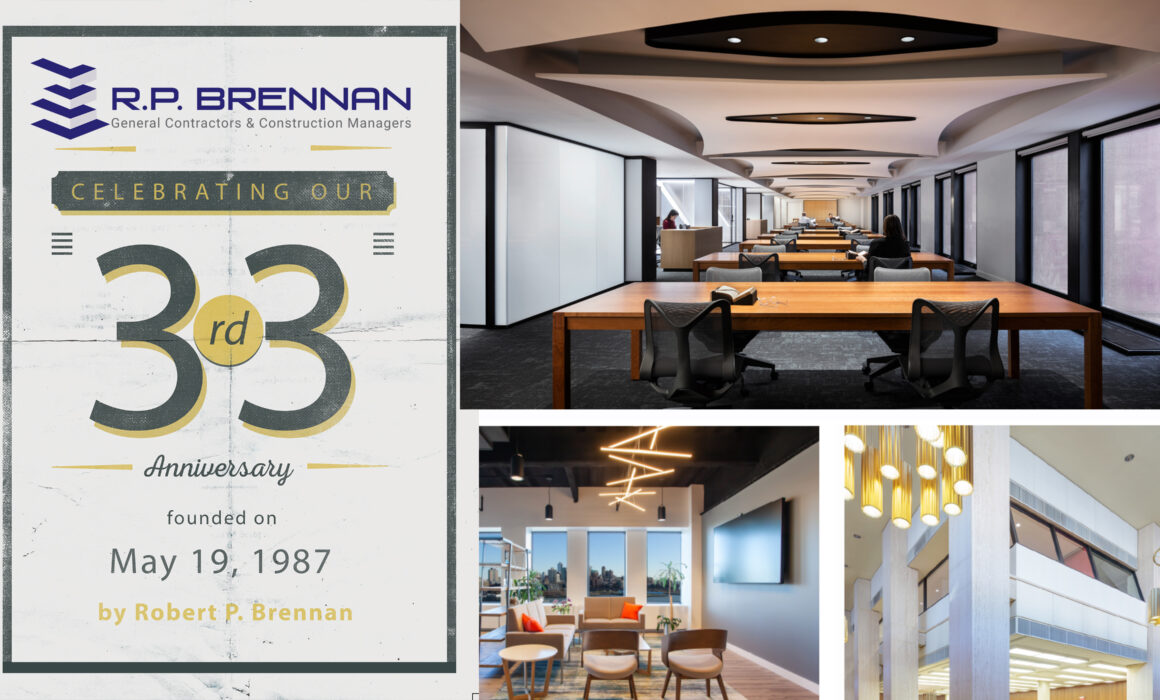 Today we celebrate the 33rd year of our company, which was incorporated on May 19, 1987 by the founder Robert P. “Bob” Brennan.

Bob began his career in the construction industry in New York City in 1961 where he started as a sheet metal worker. As a so called “Tin Knocker,” Bob worked on the construction of the original World Trade Center from 1968 to 1972. Bob held various positions in the industry over the years until 1987 when he founded R.P. Brennan General Contractors and Construction Managers, a full-service general contractor headquartered in New York City. The Company continues to prosper today under the stewardship of his son Michael.

Bob was deeply proud of his Irish immigrant heritage. His mother Mary, born in Athea Ireland, immigrated to the United States in 1928. His father, John was a first-generation U.S. citizen. John’s parents were born on the west coast of Ireland and arrived in the U.S. at the end of the 19th century.